In March, the REACH Healthcare Foundation Board of Directors elected six individuals, including three new community members, with diverse professional experience and community backgrounds to begin their board terms on June 1. As the newly-elected members assume their role as a REACH trustee, we would like to introduce each of them as part of our “Meet Our New Board Members” series. 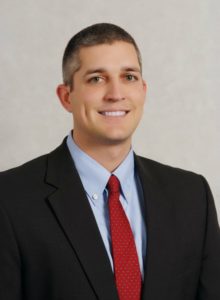 First up is Kevin Klamm, Vice President of commercial lending for Union Bank and Trust. As part of the commercial lending team, Klamm provides operating companies with working capital loan financing to help strengthen businesses throughout the Kansas City metro area. Previously, he worked 14 years for Bank of Blue Valley in various roles, including management of a team of commercial lenders with total loans of more than $250 million.

While Klamm’s banking career does not intersect directly with REACH’s work in health access and equity, Klamm says these issues do hit close to home. His wife, Jamie, is a nurse practitioner with previous work and volunteer experience for a Federally Qualified Health Center (FQHC).

“She would tell me some of the stories about the patients and the organization which were eye-opening,” said Klamm. “Once I heard there was an opportunity to utilize my skill-set to assist via the REACH CAC, and now on the Board of Directors, I was honored to be a part.”

Klamm has a long history with the foundation. Prior to being elected to the board, he served on the REACH Community Advisory Committee (CAC) for four years and as a CAC liaison to the REACH Finance Committee for three years.

“What interested me most in applying for the REACH Board of Directors after being a part of the CAC was the ability to not only have a deeper connection with the organization itself, but also to extend my tenure with REACH as my final term with the CAC was nearing an end,” said Klamm. “I felt like I had more to give and gain from the other wonderful individuals and organizations REACH deals with on a daily basis to help further its critical mission for our community.”

Klamm recounts being impressed with the way REACH leadership addresses problems and opportunities in relation to its vision and mission, and believes his history with the foundation will help him in his Board role.

“Being around talented individuals is inspiring and my previous experience on the CAC will allow me to come in with a solid base to help me serve right from the start,” said Klamm.

Eager to begin his new role, Klamm outlined what he views as important health priorities in the foundation’s six-county service area: Access to health care and quality dental care, as well as tele-medicine for rural communities where hospitals and providers are less abundant and accessible. 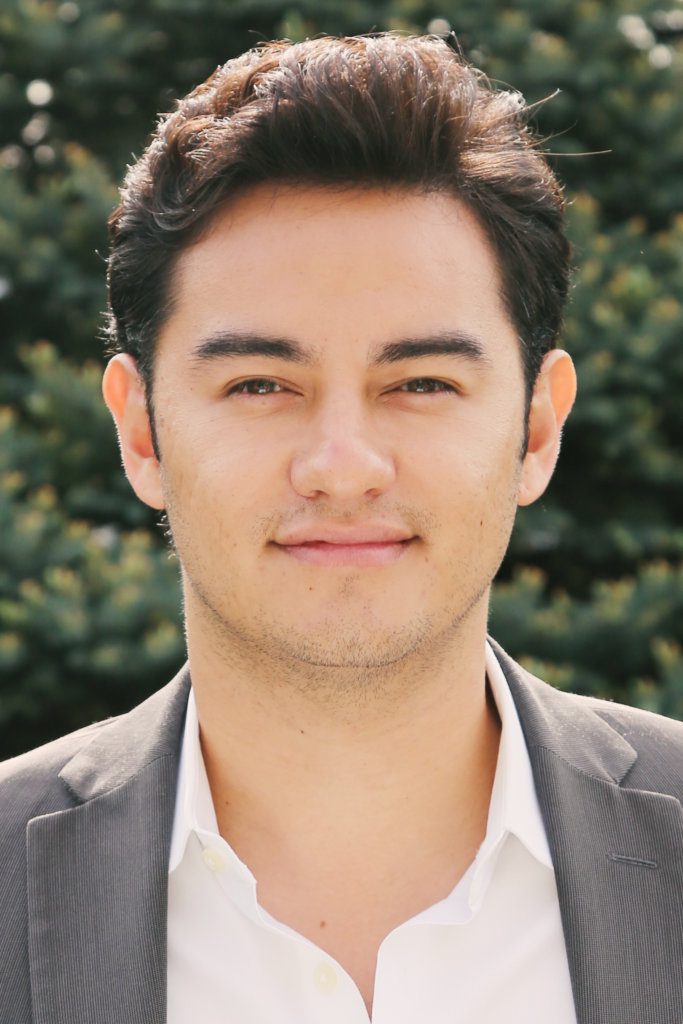 Fabián Gayosso is Director of Community Affairs for ReeceNichols Real Estate, leading their Hispanic department and managing the company’s efforts to better serve and reflect the evolving population in Kansas and Missouri within their agents, leadership and client base.

Prior to joining ReeceNichols, Gayosso was employed at Swope Health Services, where he helped uninsured and underserved individuals attain access to affordable, quality healthcare services. He previously served as community affairs representative for the Mexican Consulate in Kansas City and as chief of staff/press attaché for the Mexican Consulate in El Paso, TX. Additionally, Gayosso served as an account executive in two Kansas City Latino-consumer focused marketing and media groups.

Gayosso, a native of Mexico, intimately understands REACH’s long-standing commitment to improving the health access and care needs of underserved populations, such as immigrants and refugees, on which the foundation placed special emphasis in its current strategic plan.

“As a Latino immigrant myself, I recognize the various challenges that people, regardless of their cultural, religious or socio-economic backgrounds, face outside their homeland,” said Gayosso. “Also, the complexity of the health care system and the importance to accurately inform the Hispanic community of health care law changes and opportunities to gain access to health services in our native language.”

In his new board role, Gayosso looks forward to learning from and working with other REACH trustees to better understand the priorities of the foundation’s six-county service area and fulfill REACH’s mission of advancing health equity through coverage and care for underserved people in the region.

“I believe that our focus should be on identifying specific issues of each area to develop, implement, and promote health programs and strategies aimed at improving the well-being of the most disadvantaged people,” said Gayosso. 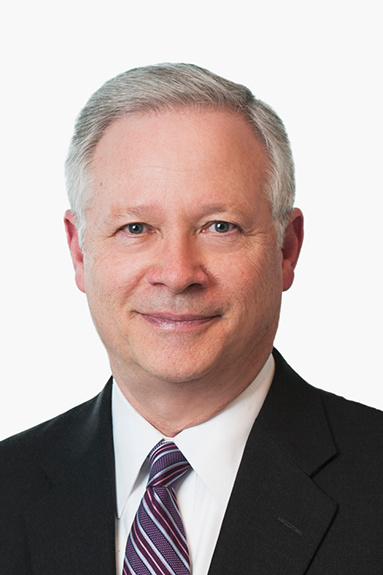 Guy Collier is Senior Counsel working in health care law with McDermott Will & Emery LLP. He has spent most of his career in health policy and law at the Institute of Medicine in Washington, D.C., the Office of General Counsel for HHS and in private practice representing health care facilities.

When asked what in his current or prior experience related to the foundation’s work in health access and equity, three points came to mind for Guy.

“[First] the vast majority of my clients are, and have been, nonprofit hospitals and health systems, including many publicly funded teaching hospitals. These are often the safety net providers in their respective cities, rendering quality care to publicly funded patients and the uninsured,” said Collier. “Second, in my law school teaching. I stress to my students the structure of our current health system and where significant coverage gaps and disparate access to care exist. Third, in my pro bono legal work, I have been honored to represent several hundred public health deans and scholars from across the country, on a pro bono basis, on several amicus briefs supporting the Affordable Care Act. We filed the most recent such brief in the Supreme Court on May 13 in California v. Texas.”

Collier learned about the open board position from current REACH trustee, Arif Ahmed, Associate Professor of Health Administration at the Henry W. Bloch School of Management at UMKC, who believed Collier to be a good fit due to his interest in health policy and law.

As a new board member, Collier looks forward to learning more about the structure of the overall health system in the Kansas City Metro, where gaps in access exist, and particularly about disparities in coverage and access. He also looks forward to learning about the work of REACH’s grantee partners and understanding how the foundation can continue to support and expand their respective missions.

In his opinion, the most critical priority for the foundation is the expansion of Medicaid in both Kansas and Missouri.

“Expanding Medicaid in Missouri and Kansas would provide meaningful insurance coverage to hundreds of thousands of low income citizens,” said Collier. “Frankly, it is a bit of a no-brainer, as the federal government will cover 90% of the increased costs to the state.”

Additional priorities of Collier’s include identifying and addressing the social determinants of health in the foundation’s service area, such as access to clean, safe, affordable housing; access to fresh, affordable food in “food deserts”; access to quality public education; access to meaningful work opportunities; and access to adequate social services. 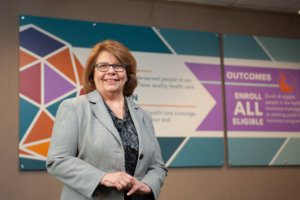