The Alliance for a Healthy Kansas, a statewide health advocacy coalition established in 2016, has released results from a poll of Kansas voters that showed a strong majority of Kansans (78%) believe it is time the state expand Medicaid so that more low-wage Kansans can qualify for health coverage. The results weren’t entirely surprising; nonprofit organizations and consumer health advocacy groups have surveyed Kansas residents over the years on this issue – and support for Medicaid expansion has been consistently strong.

According to the poll, Kansans are worried about rising prices for food, gas, living expenses, and many have significant medical debt. Nine in 10 (89%) said they are concerned about health care costs, and 82% agreed that expanding KanCare will help to protect Kansas families from incurring medical debt during these challenging times. The statewide survey, conducted in December 2021 by PerryUndem and Bellwether Research, found support for expanding KanCare is statewide and spans political parties, including:

“REACH has kept Medicaid expansion at the top of its policy priorities for seven years, drawing on state and national health research, the insights of providers who provide services to the uninsured, and the experiences of other states that have adopted Medicaid expansion,” said Brenda Sharpe, President and CEO of the REACH Foundation.

“There is a substantial base of research, and growing public and private sector support, for expanding Medicaid to ensure workers and communities thrive. We’ve seen examples from multiple states that have expanded Medicaid, and can say that it is long past time for Kansas to take action.”

REACH has helped to fund consumer health surveys, policy research, and education forums for consumers, business leaders and legislators as part of its Bridge the Coverage Divide outcome investment area. The studies and programs have highlighted the prevalence of medical debt, rates of uninsurance among working adults, and experiences of unmet medical, mental health and behavioral health, and oral health care needs.

More than 150,000 Kansans fall into a health coverage gap, earning too much to qualify for KanCare and too little to be eligible for financial help to afford a coverage plan. Eligibility for KanCare is very limited: For example, an uninsured parent in a family of three earning $8,343 a year would not qualify. An adult without children is not eligible.

To date, 38 states have acted to expand Medicaid, including every state that borders Kansas. Multiple studies have shown that Medicaid expansion supports work, and that access to health coverage and care helps people manage their health and maintain employment. It also supports financial health and reduces the risk of medical debt.1

“There’s growing acknowledgement that lawmakers owe Kansans an explanation of how they propose to address the health needs of workers and families who are employed in fields that are essential to Kansas’s growth and success,” said Sharpe. “Our economy relies heavily on child and elder care workers, retail and restaurant staff, light construction and agricultural workers—they deserve, and we all benefit from, better access to health care.”

Read the Alliance for a Healthy Kansas press release.

1The Effects of Medicaid Expansion Under the ACA: Studies from January 2014 to January 2020, Kaiser Family Foundation, March 20, 2020 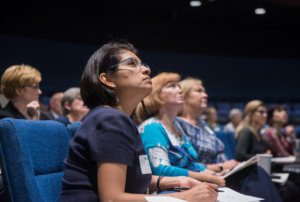 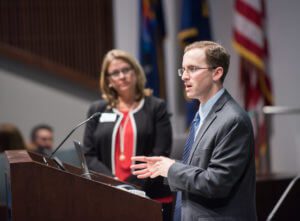