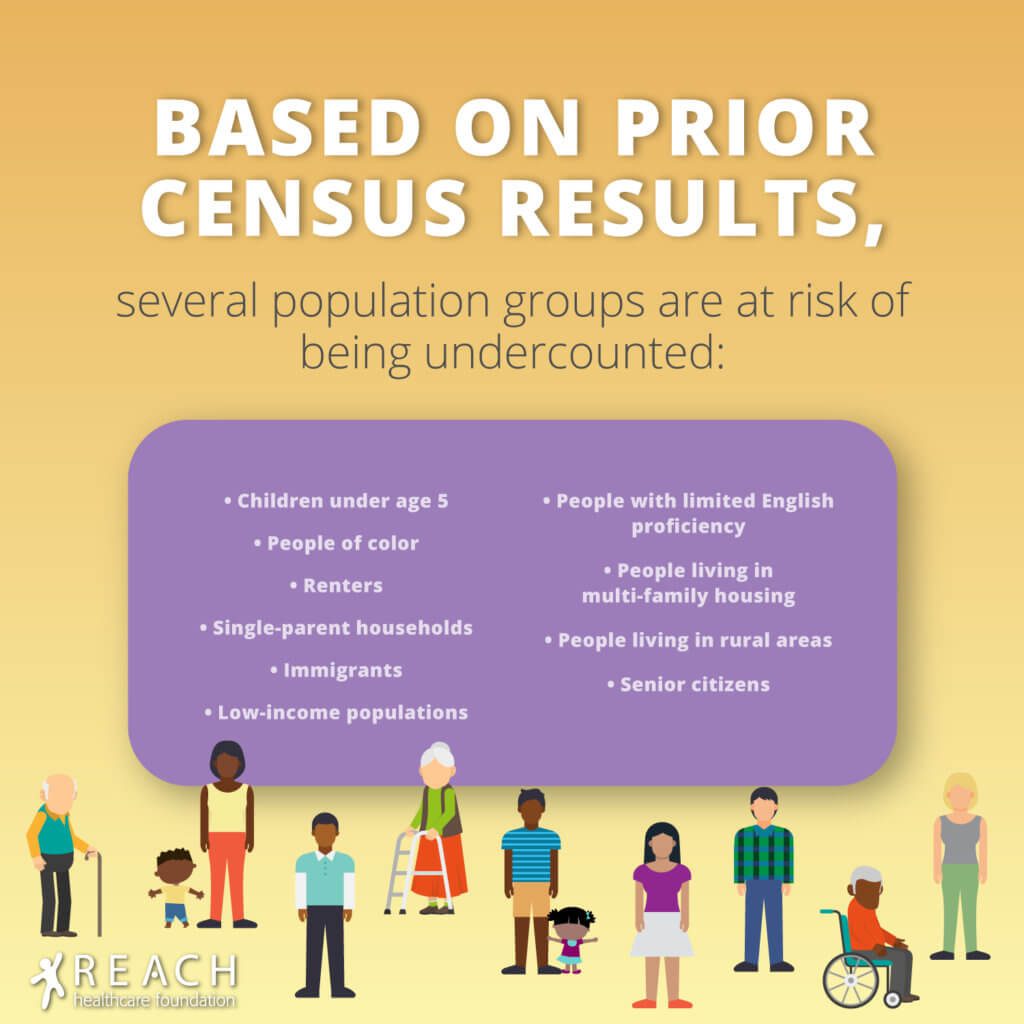 The Census Equity Fund will support local efforts to mobilize and connect with people in traditionally hard-to-count communities as identified through regional census data. The Fund will begin to accept proposals in August 2019. Grant applications will be submitted to the Census Equity Fund managed by the Greater Kansas City Community Foundation.

“The data collected through the census helps to determine the distribution of millions of federal dollars for health and human services, economic development, schools, housing and roads in our region,” said REACH Healthcare Foundation President and CEO Brenda Sharpe. “Our focus is on making sure that people in metro Kansas City understand that being counted in 2020 benefits all of us.”

The Census Equity Fund seeks proposals that address informational barriers and other issues that hinder participation. Priority will be given to the following strategies:

In the 2010 Census, experts estimate the population was
undercounted by 1%. A similar undercount in 2020 would cost the
region approximately $48 million each year.

Eligible organizations will be those working within the Greater Kansas City bi-state area that are positioned to effectively engage their particular constituents and promote census participation. Fund applications will be accepted on a rolling basis beginning in August and reviewed monthly starting in September. Applications will be reviewed through May 2020 based on availability of funds. Grants will range between $5,000-$10,000; larger proposals will be considered from multi-organization collaborations.

Information on the online application process and funding criteria can be found here.